Why is the Green Party’s Digital Manifesto so Hypocritical? 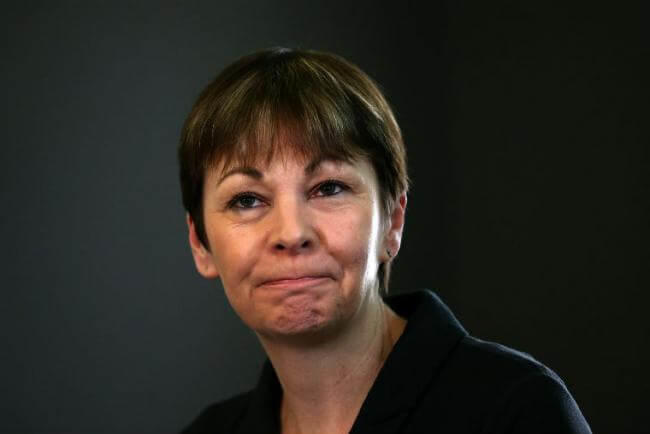 The Green Party spend much of their time complaining about the ‘Climate Emergency,’ the need for ‘social justice,’ meat taxes, all whilst shouting in Westminster about Brexit. However, when it comes to what is arguably one of the most important areas for the future; their digital manifesto, their offerings are really quite bland and put a lot of emphasis of moving the UK backwards including digitally. The Labour Party’s digital manifesto is potentially worrying, but the Greens’ is downright peculiar.

With so many co-leaders of their party, it should also come as no surprise that policies are jumbled with not much of a view to being outward looking and business-minded in any way, shape or form. Moreover, their digital policies are full of hypocrisy at almost every turn and juncture, promoting increased use of paper, increased use of transport and more.

Obsessed with what they repeatedly refer to as ‘injustices,’ ‘divides’ and ‘inclusion,’ much of their policies’ positions revolve around bringing people down, rather than moving people and business in the UK into the future, with the opportunities that the digital economy offers. The Green Party talk a lot of ‘participation’ and ‘inclusion’ but nothing of innovation and modernisation. Perhaps their obsession with participation and inclusion stems from only having one solitary MP in Westminster who never seems to be able to move beyond the fringe and always feels left out?

“E-commerce and the provision of on-line services has potential benefits for social inclusion. It is able to provide access to services which some people may have previously been denied due to physical disability or the remoteness of their geographical location.

However, e-commerce also has the ability to exclude large numbers of people due to the “digital divide”. The ‘digital divide’ is defined as the divide between those who have and who do not have access to the physical technology and know-how to use it. The Green Party recognises that there are three aspects to tackling the ‘digital divide’:

Social Inclusion: “The Green Party supports the provision of communal IT equipment in libraries, community centres, post offices etc. to make sure more people are able to use the technology. Where usage charges are levied, these should be minimal to ensure that those on low incomes feel able to use it. The Green Party would also actively promote free educational courses in IT skills to all parts of the community.”

The Green Party by their own admissions recognise that people need increased digital connectivity. However, their reasoning for promoting this is simply to allow more people to ‘participate’ and ‘use new technology effectively’ rather than to attempt to harness the power of technology and the UK’s digital economy and help businesses thrive and prosper.

Moreover, having talked about the need to get more people participating in and savvy with new technologies, the Greens would like to move the country backwards, by reintroducing face to face and postal services, where they have been moved to digital (and therefore cheaper) solutions.

For a party whose raison d’être is to care for the environment and put all things environmental at the top of everything, why are they promoting more people having to use their cars and other modes of transport to travel to unnecessary meetings? Why do they want to use more electricity in public places through encouraging people to go to libraries to use computers – most people have access to the internet via their own laptop and smartphone?

And why on earth are they promoting more deforestation and use of paper, ink and glue (those stamps won’t stick themselves) all to promote ‘postal inclusion?’

“Wherever government, at whatever level, introduces on-line versions of its services this must be to increase the public’s choice of such services, rather than reduce it. More traditional forms of access to services should therefore always be kept open in order to ensure that nobody is excluded from benefiting from them.”

Once again, the Green Party, who want to protect the environment make strong noises in support for more use of ‘traditional forms of access…’ This will inevitably include increased uses of paper [and ink], therefore having to go about contacting people with more envelopes [can their plastic windows be recycled?] and encouraging people away from modern forms of communication such as the almost totally carbon neutral internet and back to having to travel or use paper to access services. The UK is already a global leader in reducing its impact on climate change. This hypocrisy from the Green Party though, shouldn’t come as a surprise though, for a party who find it very easy to trip up even the smallest of hurdles…

“The Green Party requires the Government to assist and enable Local Authorities (by appropriate provision of funds and expertise) to develop localised ‘e markets’ so that local traders and providers of services locally can be linked up, and that local communities have full access to this information.”

This policy would appear to be little more than empty words. There are already many ways in which local businesses, authorities and the government at almost every level can communicate, predominantly through using the internet. If you have ever needed information from your local council for example, the first place you will go is to the internet. If you’re a trader and need to request information, again; you go on the internet.

“The Green Party notes that that a digital economy is a more fluid economy and therefore the potential for shifting operations quickly thus resulting in redundancies could be greatly increased. We call for a strengthening of legislation on protection from redundancy.”

Bizarrely, at the end of their Digital Manifesto, the Green Party have a section about protecting people from redundancies which will apparently be caused by the Digital Economy. Although this would explain why many of their ‘digital’ policies are anything but (what’s digital about paper?), this policy seems very counter intuitive. The Liberal Democrats’ digital manifesto has some strange additions, but this Green Party policy may just pip them there.

Ironically for the Green Party, the digital economy in the UK which they seem very keen to erode and deride, has already created millions of jobs across the entire country and abroad in almost every industry, not to mention made pretty much everything easier for those who work in non-digitised areas of the economy such as manufacturing. With only one MP in Parliament, they only need to increase their number of MPs by a tad more than 300 seats to enact their digital manifesto…