How Much Do Boohoo, ASOS and PLT Make Per Second? 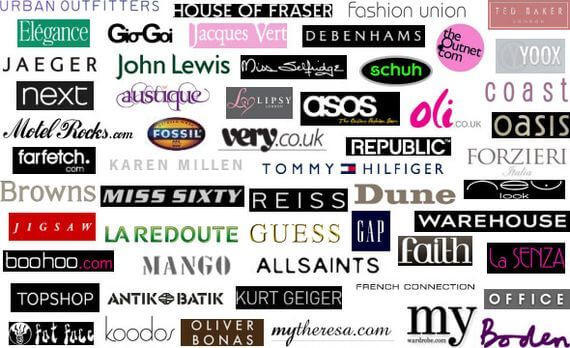 A new report by Ask Traders reveals just how much money 30 of the world’s biggest fashion and retail brands make every second, minute, hour and day globally.

The UK high-street has taken a hard hit over the past 12 months with multiple chains such as Poundworld, Maplin and Toys R Us going into administration. However online retailers such as Boohoo and ASOS seem to be going from strength to strength. The stock market value of Boohoo has overtaken Marks & Spencer thanks to strong Christmas sales. On the flip side, the interactive report also shows you just how much money Mothercare lost every second too.

So which brand leads the way? Who generates the highest revenue per second, minute, and hour? And which retail business turns over the biggest profit?

How Much Does ASOS Make Per Second?

Online fashion retailer ASOS sold over 348 million units in 2019, meaning they made some serious cash last year. £86 a second in revenue and £14.87 in profit to be exact according to the data which is 16% profit per second. They were closely followed by NBrown (Simply Be and Jackamo) who earn £29 in revenue every second and make just over half of that in profit.

How Much Does Zara Make Per Second?

Although the UK high-street has seen better days there are some fashion brands going from strength to strength. With over 2.9 billion units sold in 2019 Zara comes in the top spot earnings the most revenue over £714 per second and £405 profit which works out at as a 56% profit per second. Comparing this to struggling retailers Debenhams who make £72 revenue each second however only make less than 1% of that as profit. Matalan’s results show just £33.71 a second in revenue and £4.75 in profit.

“The future of retail is online. Amid an ever more digitalised and time-poor society and with e-tailers offering logistical efficiency, consumers are increasingly giving the shops a miss and shopping online. This trend isn’t about to change anytime soon, online shopping offers a frictionless, convenient experience which suits consumers’ busy lives.

The impact of this change has been more than evident on the UK high street with a big name such as Toys R Us and Mothercare shutting up shop and/or going into administration. as shown in our data above.

The retail sector is evolving and in order for high street shops to survive, they must embrace internet shopping with a sophisticated online offering. Next is a great example of a retailer which has adapted to the reality of e-commerce with an impressive online presence.

As with every rule, there are exceptions, Primark continues to buck the UK high street doom and gloom trend, as does JD Sports. On the other side of the fence, questions remain over the financial health of Debenhams, which is expected to close some 20 stores this year. Matalan could be another victim waiting in the stalls after its latest results showed that the retailer was not immune to the tough challenges facing the high street. Profits and revenue dropped again in Q3; it could be a case of too little too late with their online presence. Meanwhile, hedge funds are taking positions against Kingfisher and Marks and Spencer, betting against their recovery”.