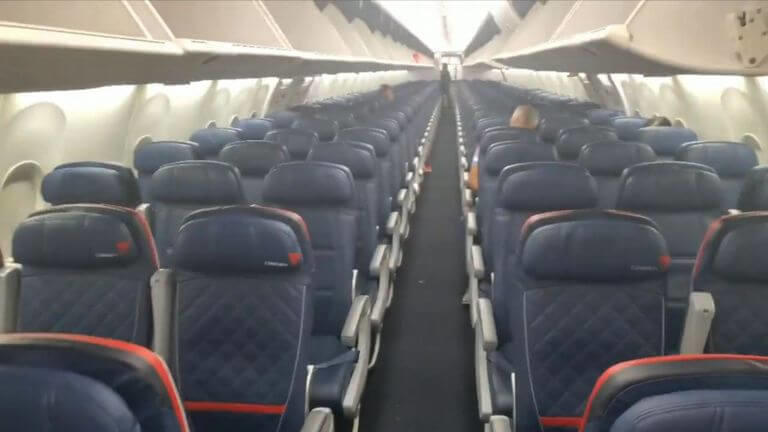 Fears over COVID-19 continue to rise, as cases have now surpassed 120,000. As a result, many industries have begun to feel the impact of the outbreak, the aviation industry in particular experiencing record lows. Whilst the demand for flights in numerous different countries has significantly declined, airlines are have continued to fly planes with barely any passengers, some with none at all (known as ‘ghost flights’), all due to European Union (EU) regulations which we are (until the end of the year when the Brexit process moves to the next phase) bound to abide by.

So why exactly have airlines continued to supply more flights than the demand actually requires, particularly at a time where many have been actively encouraged not to fly within certain areas? Why have the EU not taken the decisive action members and the global community would expect?

Recently, airlines have begun to fly nearly, or entirely, empty planes in order to keep their take-off and landing slots. Within Europe, in order to “ensure that airlines have access to the busiest EU airports on the basis of principles of neutrality, transparency and non-discrimination”, airlines are required to run 80% of their allocated slots in order to keep them. Yet another EU rule which we can look to remove from our own laws in the coming months and years, benefiting the environment, economy and aviation industries and dispelling some further myths around our relationship with the EU.

This EU rule is known as the “use it or lost it” rule, which has become a major cause for concern recently for both airlines and the environment. Many have pushed for this rule to be suspended given the current situation, including the UK’s Transport Secretary Grant Shapps.

On the 5th March, Shapps wrote to the Airport Co-ordination Ltd (ACL), urging for this rule to be relaxed amidst the outbreak of the virus. In his letter, Shapps wrote:

“I am particularly concerned that, in order to satisfy the 80/20 rule, airlines may be forced to fly aircraft at very low load factors, or even empty, in order to retain their slots. Such a scenario is not acceptable. It is not in the industry’s, the passengers’ or the environment’s interest and must be avoided.”

Aviation demand is reduced due to COVID-19, but airlines are being forced to fly some ‘ghost flights’ to avoid losing their slots – bad news for the environment, airlines & passengers. I’ve written to the regulator to request urgent reconsideration of 80% slot utilisation rule. pic.twitter.com/OsKEH2S4Ab

Others in the industry have also pushed for these rules to be relaxed, Airlines UK’s chief executive Tim Alderslade stating that:

“It makes no sense whatsoever under these unique and challenging circumstances to force airlines to fly empty aircraft, wasting money and fuel and creating carbon emissions.”

Alderslade further commented “We urgently need a temporary suspension of the rule – as happened during the financial crisis – to allow airlines to respond to demand and use their aircraft efficiently.”

Calls for 80/20 Rule Suspension Amidst COVID-19

President of the European Commission Ursula von der Leyden has responded to these rising concerns over the “ghost flights”, acknowledging the “major impact” the coronavirus outbreak has had on the aviation industry, and further stated that “the commission will put forward very rapidly legislation regarding the so-called airport slots”

Von der Leyden continued: “We want to make it easier for airlines to keep their airport slot, even if they do not operate flights in those slots because of the declining traffic.” And that “It will relieve the pressure on the aviation industry and in particular on smaller airline companies, but it will also decrease emissions by avoiding the so called ghost flights.”

Whilst this response from Von der Leyden sounds promising, some are still concerned about when this suspension will occur, with even the likes of former Green MEP Ciarán Cuffe noting that no timeline has currently been given for the suspension.

PPI Deadline is Today – What Compensation Claim Industry is Next??