Startup of the Week: Blockchain.com 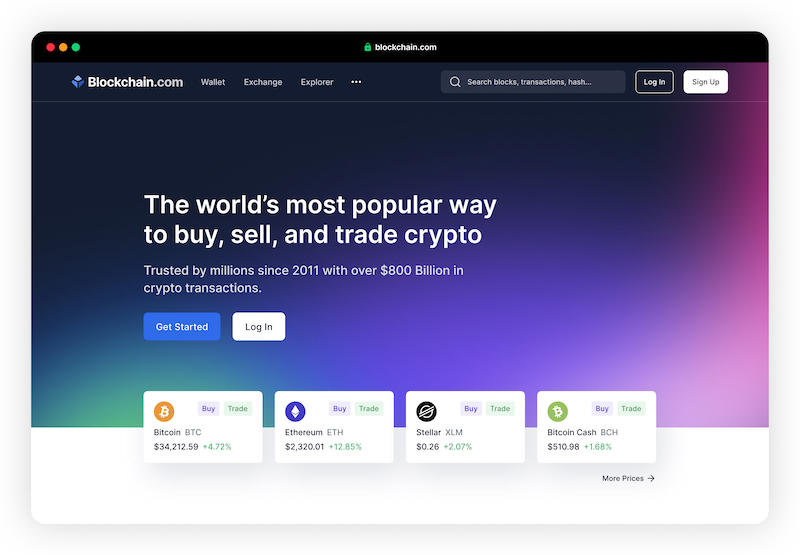 Claimed as the “world’s most popular way to buy, sell, and trade crypto”, our Startup of the Week for this week is Blockchain.com – offering users a digital wallet to trade crypto as well as buy, send, receive and borrow digital currencies.

With Blockchain.com’s wallet, users can buy and sell crypto within minutes, able to purchase Bitcoin instantly via debit and credit cards, as well as linking the account to the user’s bank.

Blockchain.com was founded by Ben Reeves, Peter Smith and Nic Cary, and initially begun as a block explorer website where users could track public cryptocurrency transactions.

The site was initially launched by Reeves, who in 2012 (alongside Coinbase co-founder Brian Armstrong), applied to Y Combinator’s summer class – proposing a Bitcoin payment platform, where users would have a digital wallet to exchange other currencies for Bitcoin and make payments in this popular cryptocurrency. After differences in opinions, the two parted ways before the Y Combinator begun and started on separate ventures – Reeves continuing on with Blockchain.com.

Since launching in 2011, Blockchain.com have now seen 81 million of their wallets created, expanded to over 200 countries, with 37 million verified users and hold 1/3 of Bitcoin network transactions via their platform. The service has been trusted by millions for over a decade, and has facilitated $1 trillion + crypto transactions.

The business is backed by such leading investors as Google Ventures and Lightspeed Venture Partners, and have raised a total $490 million over the course of 6 funding rounds. Their latest round was announced in March 2021 as a Series C which raised $300 million.

“Our team spans the globe and has worked tirelessly to accelerate the adoption of crypto and usher in the future of finance. We are passionate, relentless, and stoked — and believe that a lean team of world-class visionaries can ship products that empower our customers and drive the business to new heights.”

How to Improve Communication With Your Customers

Startup of the Week: Sum&Substance (Sumsub)