For Net Zero Week, Zoomo’s Global Commercial Director Lisa Conibear discusses why greater encouragement of electric bike usage and investment is required if the UK is to reach its 2030 Net Zero goal. 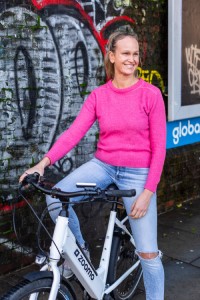 Why Should E-bikes Have a Bigger Voice in the Net Zero Discussion?

Last month we saw the Government plug-in grant for electric vehicles, which was created to kickstart the UK’s EV revolution, end. It was largely a success, with its conclusion met with criticism as concerns mounted that it will harm the UK’s 2030 Net Zero goal.

The fallout from the grant’s end showed just how much of an emphasis climate campaigners are putting on electric cars. Electric cars are important if we are to reach Net Zero, yet the end of the grant isn’t the biggest threat to reaching it, it’s not giving alternative modes of green transportation, such as electric bikes and other light electric vehicles (LEVs), the same attention.

So as the UK reaches Net Zero Week, it’s time that e-bikes and other LEVs are given a bigger voice in the Net Zero discussion. LEVs aren’t a wild, distant idea like flying cars or hydrogen-powered planes, they are already in use and are perfect for mass adoption, with the host of benefits they provide essential if we are to meet the 2030 deadline.

First and foremost, e-bikes have a lower carbon footprint than electric cars and a much lower one than traditional modes of transport. Transport in the UK is responsible for more CO2 than any other single sector, comprising 24% of the total.

However, research has shown that e-bikes could take the place of enough car trips to cut transportation emissions in England by as much as 24.4 million metric tons of C02 per year, emphasising just how important they are for reaching net zero.

E-bikes also have much lower barriers to entry than electric cars, and if we want to encourage more of society to switch to green transport, they provide a far easier option. E-bikes don’t require a license or insurance, can be ridden by younger riders, are considerably cheaper than purchasing and running electric cars, as well as being easier to store and park regardless of your location.

The size and legislation surrounding e-bikes mean they can be rolled out at a large scale for individuals and businesses alike, so if the government is looking to do everything they can to reduce carbon emissions then promoting the use of e-bikes is a no-brainer.

So What Needs to Be Done?

As mentioned, the plug-in grant was successful for electric cars, and we need this sort of investment into LEVs too. Whether that’s subsidising the purchase of e-bikes or improving cycling infrastructure, making it easier to purchase and ride LEVs will result in more of society utilising their green benefits.

Social habits also need to change. We still see so many cars and mopeds on the roads, with drivers continuing to purchase petrol vehicles as they are deemed the easiest option. Changing these habits will take time and we need government intervention to do its bit first, but as LEVs become more commonplace on UK roads and people begin to try them out, individuals might just realise that climate-harming vehicles aren’t as necessary as they once thought.

For businesses and individuals alike, e-bikes and other LEVs are the perfect way to transform urban travel whilst contributing to Net Zero. I’m not here to slander electric cars, Zoomo sees a future where e-bikes work alongside other EVs. But we need to show e-bikes more love, and if we do we’ll see the UK become happier, healthier, and importantly greener.