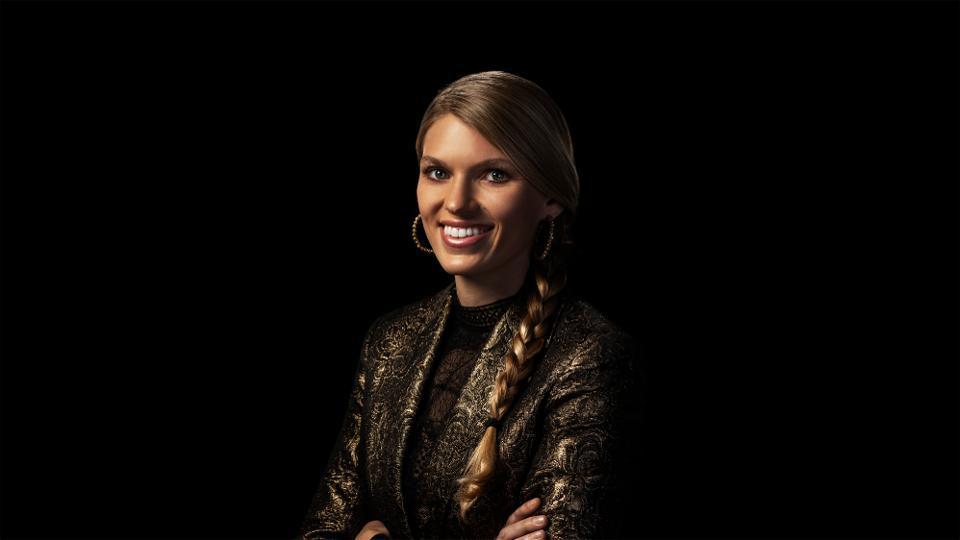 We caught up with Alyson Friedensohn, CEO and founder of mental wellness platform Modern Health, to talk all things from destigmatising mental health to encouraging women to believe in themselves enough to start their own businesses…

Tell us about Modern Health

I founded Modern Health in 2017. Modern Health is the comprehensive mental wellness platform that combines evidence-based psychology principles and seamless technology to empower employers to lead the charge in acknowledging that mental health is just as important as physical health, destigmatising the conversation, and increasing accessibility of mental health services for all.

Modern Health provides an app with everything from self-service digital wellness content – including guided meditation and audio therapy – to virtual sessions with certified coaches and licensed therapists available in 35 languages across the globe. Our holistic approach and inclusive offering allows us to address individual needs and engage an entire workforce in our mental wellbeing solutions.

I think what’s really interesting is that the pandemic has opened up the conversation, it has helped destigmatise what mental health means and why it’s more important than ever before to engage in it, to actually take action and do things for yourself that can help you get through times like this. It’s important to give people the tools to take a more proactive stance to build that resilience so that when things like this pandemic happen, they’ve built the resilience to persevere through it. Modern Health was the first solution that provided a holistic approach that covered the full spectrum from green to red and that could engage an entire employee population before they reach crisis mode and also when they are dealing with more clinical issues such as depression.

I always knew that I wanted to start a company. At around 6 years old I would paint rocks with nail varnish and sell them to the kids in my neighbourhood, before moving on to become a “lemonade stand warrior” setting up near the golf course during the Ryder Cup for maximum footfall! Hustling has always been in my DNA!

I was going through a difficult time in my life – I moved across the country from Washington DC to Silicon Valley with a plan to figure out my idea and start my company. Within two weeks I was laid off from my job in digital healthcare, my boyfriend at the time broke up with me, and the apartment building I moved into had a massive flood and so I had nowhere to live. It was a complete disaster and I was thinking, what the heck did I just do? Why on earth did I uproot my whole life and move out here? It was a really difficult time in my life.

I decided to go and find a therapist because I felt incredibly depressed at that time. It was a terrible experience, I called 30 people, no one got back to me or they weren’t taking on new patients. I finally got hold of someone who agreed to a sliding scale payment structure so I could afford it and I still see that person to this day! But the biggest learning of all this was not how terrible it was to try to find a therapist, but how important it was that I felt supported and had built resilience to work through, what at the time, felt like the worst time in my life. I realised that not everyone has that and how important it is for all of us to proactively build that resilience, whether that’s working with a coach, a therapist, or even practicing mindfulness. I decided there and then to start Modern Health and it became my mission to democratise access to mental health care for all.

In 2018 I applied to the prestigious Y Combinator that provides funding and help for early-stage entrepreneurs. It basically takes what most companies would get done in a year and compresses it to 3 months. At the end of the 3 months there is the Demo Day where you get up and pitch your business idea in front of thousands of investors. That was when the company started. 2018 was focused on working out the product we wanted to build and at the beginning of 2019 we hired our first sales reps and figured out our go-to-market strategy.

We raised $45 million in three rounds of funding within the first 18 months of starting the company. Everyone always says that successful companies are the ones that usually have some unique insight into the future, how the world is going to be and I think for us we were seeing that mental health was already becoming a big issue. It’s crazy to think about even five years ago how much less mental health was discussed.

For us, it was having a small insight into that and everything that has happened since then has been an accelerant. The way we work now, the current health pandemic, the racial injustices we are facing are all creating stress, trauma and anxiety. One thing after the next is continuing to compound and show how important it is for people to have not only access to mental health resources but access to taking a more preventative approach to their mental health.

What advice would you have for other women looking to start their own business?

Have confidence and believe in yourself. Whether it’s finding a support system that can believe in you and push you in that regard or building the confidence and courage to believe in yourself. Usually, the best ideas are the ones that no one agrees with…until they do. If your idea is something that everyone else agrees with, then there would have already been a lot of other people who had tried it. It’s even that much more important to have that confidence for women especially in a world where there aren’t that many female entrepreneurs.

In 2019, less than 2% of all VC funding went to entirely female-founded teams. That just shows that females are lacking the courage to believe in themselves. It’s important that women should be allowed to play to their strengths. If you’re really good at sales or marketing then keep doing that. I was so nervous about starting a company as someone who isn’t an engineer. My background is in operations and sales and fundraising and those are all things that have come naturally to me and have still allowed me to thrive in business and play to my strengths. Some of the best female entrepreneurs and CEOs aren’t engineers. Think of Emily Weiss at Glossier or Catrina Lake at Stitch Fix or Sarah Blakely at Spanx. These are women who are so passionate about what they’re doing that they played to their strengths and that allowed them to be successful. Play to your strengths and don’t force yourself into a box of some stereotype of an entrepreneur. Entrepreneurs are usually successful because they’re really good at something specific to them and their strengths allow the company to thrive.

What can we hope to see from Modern Health in the future?

We are growing like crazy, we had 20x growth last year and are continuing to grow very aggressively this year as well. We are starting to emerge as the leading mental health solution in the whole space. We have over 90 customers including the likes of Twitter, Peloton, Pixar, Nextdoor and Gusto. Our platform has 75,000+ users on it across 25+ countries and in 30+ languages. Headquartered in San Francisco, Modern Health has grown 5x in terms of employee headcount in the past year alone bringing us to over 65 employees. We’ve raised a total of $45 million in funding from Founders Fund, Kleiner Perkins, actor Jared Leto, StitchFix CEO Katrina Lake, and 01 Advisors (Dick Costolo and Adam Bain).

We’re really motivated by bringing as many people mental health access as possible and really making it core to our everyday life, making it a preventative thing that we engage in and giving ourselves the tools to build resilience so when things like this pandemic happen we can get through it and learn to be more present, more mindful and take a breath. We need to learn to work through those really hard times and be equipped with the tools to do so. It takes a toll on folks’ mental health and so our goal is really to bring that to the masses across the world and really democratise access to mental health because everyone deserves it. That’s been our focus – continuing to work with more and more companies so we can bring our tools to more people.